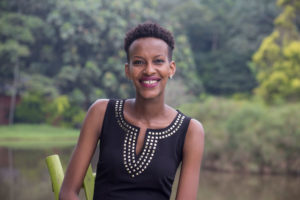 Fiona is a Communications Specialist at I&M Bank Rwanda and a Digital Marketing advisor for various companies in Rwanda. She previously worked in Talent advocacy and customer relations in the education, telecommunication, and banking sectors. She is a social activist, a part time blogger & poet, and a political enthusiast.

Video not available at this time. Check back later.

I enjoyed the seminars because I learned from people’s experiences. How they deal with their day-to-day challenges. How they handle success and what they did to achieve it. As a leader this is crucial. I can’t wait to apply this in my journey.