The LéO Africa Institute and the Centre for Policy Analysis will on Friday 12 July host a conversation When Art Speaks focusing on emerging arts voices in Uganda and the role of artists as voices for human rights.

The conversation to be held at the Uganda Museum. The conversation will be produced in both video and podcast formats that will be made available on leoafricareview.com. It will be preceded by an exhibition of works by Ugandan artists Chris Ogon, Hillary Mugizi, Daniel Lagen and Alex Kwizera.

Among the works to be exhibited will be a painting “The Big-Hearted Girl” commissioned by Ugandan journalist Angelo Izama in memory of Susan Magara, 28-year-old young woman who was kidnapped and later murdered in 2018.

The Institute’s publication, the LéO Africa Review, will also publish a mini-series looking back at the coverage of cases like the murders of women in Entebbe-Nansana in 2017 and 2018.

The LéO Africa Review mini-series will be guest edited by Institute deputy director Kwezi Tabaro and Esther Mirembe, the Managing Editor at Writivism.

“The use of imagery to influence society and raise awareness on social and political issues has been explored to promote a number of causes worldwide. This is because art, on top of being a universal language, speaks a number of different “languages” to various audiences,” said Kwezi ahead of the project’s launch. “It can be channeled to speak out against abuses or to mobilize around a specific cause,” he continued.

Eshban Kwesiga, CEPA’s Head of Programmes said, “It is important for conversations on social justice to move outside the small circle of academia, civil society and activists into the mainstream. Today’s community of artists must use their voice and platforms to highlight attentions towards today’s social justice issues.”

In Uganda, there has been a renewed appreciation of art, especially among young Ugandans, to channel their aspirations as well as frustrations with the affairs of the country presently.

At the forefront of this zeitgeist are artists like Chris “Ogon” of the Daily Monitor, whose cartoons add flavor to an otherwise increasingly self-censoring print media; while Alex Kwizera and Hillary Mugizi are exploring new interactions between art and social media. Both command a huge following on social media, and their art overtime has tilted towards social commentary.

Perhaps more prominent in the mainstream arena for social conversation, that is politics, is the rising career of Robert Kyagulanyi MP (Bobi Wine) whose music as social commentary preceded his entry into politics and highlights the relationship between more popular arts like music and theatre to the conversation about values, change and responsibility in the wider society. 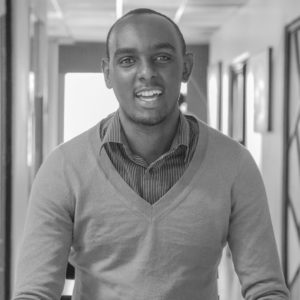 Author: Kwezi Tabaro
Kwezi Tabaro is passionate about leadership, governance and development in Africa. His articles have appeared in The Independent and Daily Monitor, and he is a regular contributor to the Africa news and data visualizer Africapedia.
Leo Africa Review Susan Magara young people