Kemiyondo Coutinho: “YELP Allowed Us to Stretch Our Imagination”

The curator of A Ka Dope, 2017 YELP Fellow, and Director of “Kyenvu” opens up about her film winning the Best Short film award at the Pan African Film & Art Festival 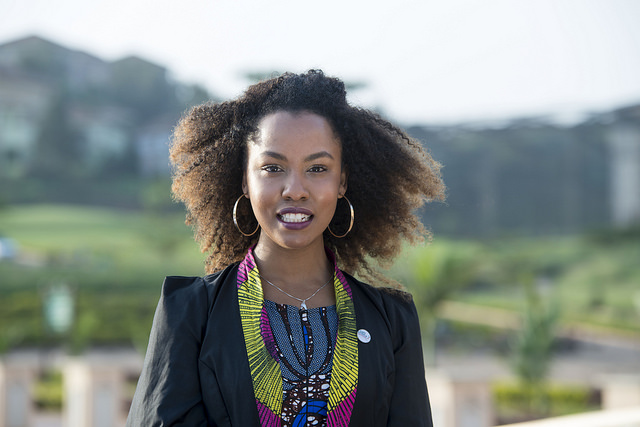 The curator of A Ka Dope, 2017 YELP Fellow, and Director of “Kyenvu” opens up about her film winning the Best Short film award at the Pan African Film & Art Festival

Kyenvu, a short film written directed, and starred in by 2017 YELP fellow Kemiyondo Coutinho, recently won best short film at the internationally renowned Pan African Film & Art Festival 2018. In light of this, I caught up with Kemi, the playwright, actress, ARTrepeneur, and now filmmaker and director, on what this award has meant for her career.

Firstly, congratulations again. I’m sure you have received several congratulatory messages from  people that know you and have been watching your journey, telling you they’re proud of you. What has this award meant to you personally?

Kemi: Honestly the award feels like someone whispering in my ear, “keep creating, keep sharing these stories because they matter and we see what you are doing”. Seeing the pride from the Ugandan community especially from Twitter was humbling and yet another reminder to keep telling our stories.

In the process of making Kyenvu you went  beyond being a writer and an actress to being a director and producer too, how has this affected your career plans?

Kemi: I think Kyenvu clarified for me that I cannot be boxed in to anything. I am equally a writer, actor and director. I produce events (A Ka Dope) as well as films. To try and find my main thing is to sell myself short. This project showed me that indeed I can be all those things and still flourish. Regardless of everyone saying “choose one”.

You recently moved back to the U.S., was this an attempt to open yourself to more opportunities?

Kemi: If possible can I not answer this–it will look wrong either way I answer it.

Okay, do you feel like moving back to the U.S. has offered a different perspective and, in a way, affected the kind of stories you tell?

Kemi: I moved back to the States because my agent is here and it’s hard to audition for work across the continent. The actor in me has a real chance to be in a career shifting project here. It’s a sad reality that for my career to progress I personally had to sacrifice being near home. Being in the states has allowed the way I see storytelling in a different way. Not better, simply different. I am classically trained in acting and I trained in the states so naturally my training had a particular way at looking at things. In some way I’d say moving back to Uganda in 2016 is what opened my eyes to new ways of storytelling.

What does this move mean for your work in Uganda, like A Ka Dope?

Kemi: I made sure not to leave Uganda until I felt that A Ka Dope could stand on its own. I have a great team that runs A Ka Dope and I still am very much part of the planning and artistic curation of the event. Ask anyone who works with me, I am VERY involved in anything I start–sometimes to a fault. So A Ka Dope will continue, if it didn’t that would be a testimony that I was not a good leader.

How do you think your experience in the YELP fellowship has helped advance your career?

Kemi: YELP was a place to meet with like-minded go-getters and take off my armour and share the difficulties you hide from the world. Getting to hear other people’s interactions with leadership and obstacles just broadened the way I saw myself as a leader and clarified for me what I wanted to be in a leader. More than anything it provided a resource to people who were like me but not in my field. Often artists know artists, tech people know tech people so this community of people in diverse fields allowed us to stretch our imaginations of the possibilities our work could reach.

Kyenvu won Best Short at @PAFFNOW !! An all Ugandan cast & crew did that!!!! 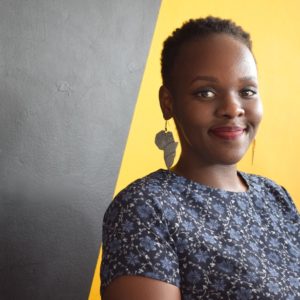