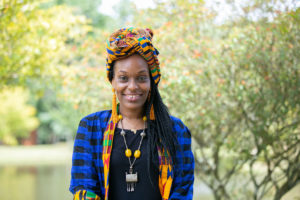 Communications, Monitoring and Evaluations Specialist for the USAID-ASPIRES project

Born in Tanzania, Elizabeth spent her childhood and formative years in both Eastern and Southern Africa. As a passionate Pan-African transformation storyteller, young African leader, and creative activist, she has been contributing towards shaping narratives about Tanzania and Africa at large as well as in providing a platform that diversifies narratives.

Elizabeth is currently the Communications, Monitoring and Evaluations specialist for the USAID-ASPIRES project, where she tracks the project’s implementation progress and translate results into impact stories. She also coordinates activities of agricultural sector stakeholders in Tanzania through a Policy Analysis Group (PAG) consisting of over 20 policy analysis institutes. Previously, she was a member of the task-force that worked to implement 73 business environment reforms across 21 African countries under the Investment Climate Facility for Africa.

She is the founder and creative director of a visual  artistry storytelling initiative dubbed  Elle Emmanuel. Her work has been published and exhibited widely in East Africa and beyond including gracing the cover stories and images of in-flight magazines.  In 2016, she was awarded East Africa’s Fashion Photographer of the Year at the 9th Edition of Swahili Fashion Week (SFW) East and Central Africa's largest fashion week. To date, she's the only female recipient of the award.

She is a 2019 Fellow of the Young and Emerging Leaders Project (YELP), a Change-Maker with Project Pakati, Selection Reviewer with Ndoto Hub and previously e-Kilimo Accelerator, mentor under the Fanaka Mentorship Program and an alumni consul for the University of Sussex.

She holds a BSc in Economics from the University of Sussex, is fluent in English, Kiswahili and conversational in French.

Video not available at this time. Check back later.